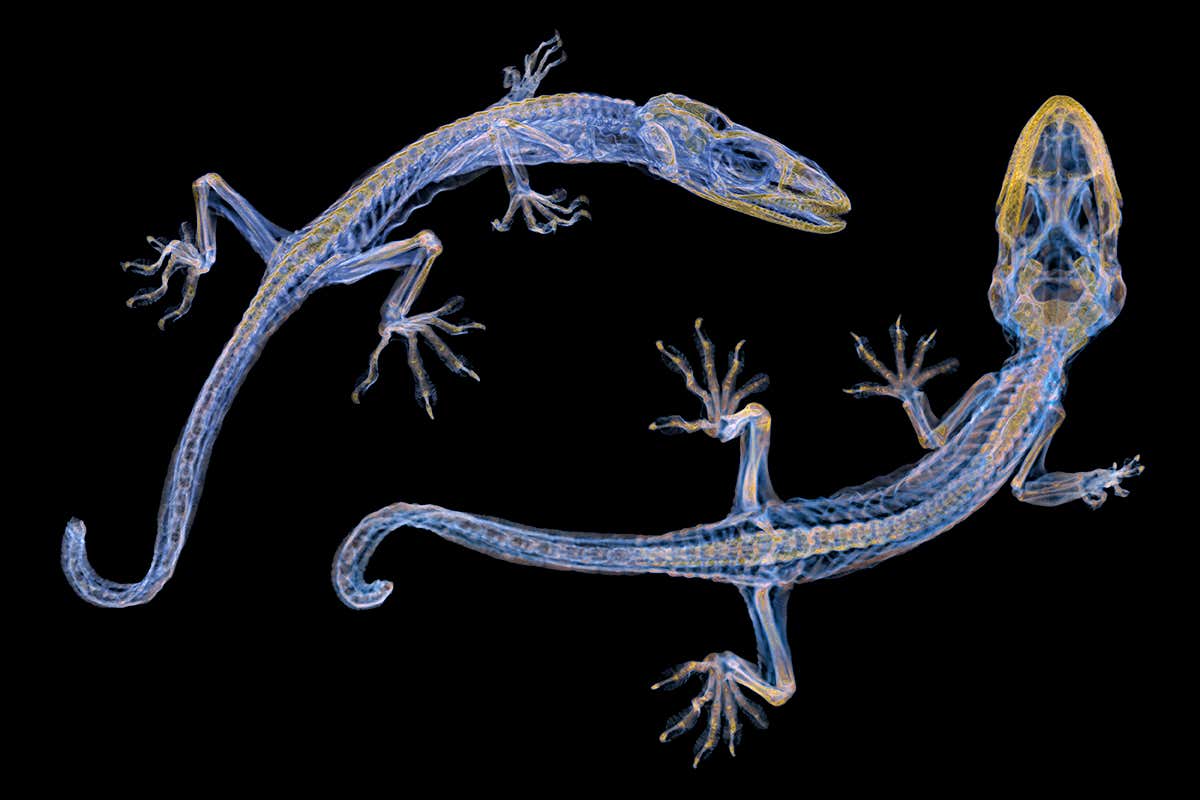 INTRICATELY preserved with its internal make-up laid bare, this composite image of a mummified Schlegel’s Japanese gecko (Gekko japonicus) shows the power of the high-energy X-rays emitted by a special type of particle accelerator.

Gary Ruben, Florian Schaff, Marcus Kitchen and Steve Morton at Monash University in Melbourne, Australia, captured the image with a synchrotron, which accelerates electrons to close to the speed of light so that they emit high-energy X-rays. The main difference between a synchrotron’s X-rays and those from a hospital X-ray machine is brilliance: a synchrotron can produce X-rays that are 100 billion times brighter.

Synchrotron beams can also be produced at a specified wavelength, letting them reveal more about specimens by distinguishing between very subtle changes in density. This makes synchrotrons a promising candidate for obtaining better medical images of humans in the future.

“The gecko was an interesting specimen to show the fine detail we can achieve,” says Morton. The particularly high-intensity beams of radiation from a synchrotron increase the image’s contrast and reduce exposure times, he says, helping with the clarity and visibility of the image.

The team could even get a 3D shot of the gecko by capturing it from thousands of different angles in the synchrotron’s X-ray beam before combining the views and using a computer to remove image artefacts and to distinguish between materials, such as tissues, for example.

More on these topics: